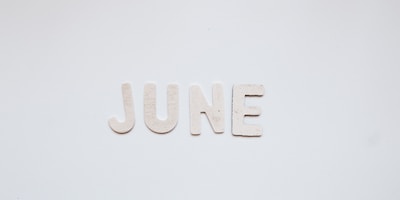 It was a tale of two runs. Everything came together for the marathon and then after a brief stop, it predictably fell apart a bit for the last 7.8km to get to 50km. The net result was a pair of personal bests and a great day running around Toronto.

I started at 6:30 A.M. from the house which was strange, to say the least. I missed the corrals, the anthems and everything else that goes along with a big marathon race. I mapped out a route that included a quick kilometre to get over to Kingston Road and then from there, I did two laps around the Upper Beach and Birchcliff neighbourhoods.

This turned out to be really good mentally as the sidewalks are very familiar. I know where the small hills are and the miles clicked off pretty quickly.

My long-time running buddy Miguel was going to meet me at the halfway point of the marathon down at the Balmy Beach Club, but he stopped along Gerrard in his car on my second lap to provide some cowbell and encouragement. After a couple of drive-bys, he drove down and parked and then ran up a couple of kms from the Beach and met me at about 19km and we started the run down Fallingbrook to the waterfront.

Ginny and Mac also drove by at this point which was nice and provided a bit of a boost. I was running well, clicking off kilometres around the 5:00/km pace I had planned. Some were a bit slower, some a bit faster, but through 21.1km (in 1:44:10) I was averaging about 4:56/km

Heading onto the Martin Goodman Trail meant the start of the second half of the marathon portion of the run. I felt great and I was running really well. We settled into a nice, steady groove along the beach. It was cloudy and about 11ºC – perfect for the run.

At about 24km, we spotted another friend and longtime running buddy Quin coming towards us with her signature ponytail flipping back and forth. We picked her up and continued west towards Leslie. Ginny and Mackenzie were at the corner and I grabbed a couple more gels and a chocolate chip cookie for fuel. My stomach was a bit upset thanks to a couple of gels and Biosteel, but nothing too concerning.

We continued past the entrance to Tommy Thompson Park and westbound on the trail alongside Unwin towards Cherry Beach. I took my third gel around 27km and continued to click off 4:58/km splits like clockwork. I knew if I could hold that pace through the latter stages that a big PB was possible.

We crossed the lift bridge over the Ship Channel and I noticed that there was a ports worker in the booth. Uh…I hadn’t considered that the bridge might be up in my course prep. We were due to come back over that bridge at about 35km and so I started thinking about what I would do to alter the route on the fly if the bridge was up.

The running continued to be fairly easy through here and we turned onto the MGT and down to Queen’s Quay. I love the lakefront section behind George Brown College and Corus Quay so I planned the route to run down along the lake here. It gives me strong Vancouver vibes and reminds me of the waterfront area in Coal Harbour.

We saw Ginny and Mackenzie again and continued out to Queen’s Quay and Yonge where Quin left us. I walked a few seconds at the turn-around at the foot of Yonge St. and headed back eastbound.

I grabbed a half of a banana from my crew back at Sugar Beach at 33km, still averaging 4:58/km. I was feeling good still and the kilometres were clicking off like clockwork, every five minutes.

Back on the MGT I noticed that the lift bridge was in the up position. Uh-oh. I told Miguel that we would run to the bridge and if it was up, we’d u-turn at the bridge, head back north to Villiers and then back to Commissioners to get over to Leslie. I did a bit of route maker math in my head and figured that would be about the same distance as doing the Cherry Beach trail section.

At 37km, I could feel the pace slipping just a bit. My legs were giving out a little and I didn’t have the power to push that I had earlier in the run. No worries…I was still running 5:10/km and with only 5km to go, my marathon PB was almost assured. I had faint hope that a sub-3:30 was possible, but that would require a strong kick over the last couple of kilometres, and I knew I likely didn’t have it in my legs.

We made the turn north onto Leslie and saw Ginny and Mackenzie one more time. I ditched my water belt and bottle (it was annoying me). I had given my Spi-belt with my iPhone to Miguel a few kilometres earlier. We turned onto Lakeshore and began the push to the finish.

That ended the BMO Vancouver Marathon (virtual), but not my run. I had set a goal for 2021 to run 50km sometime after I turned 50 years old. My birthday was May 1 (yesterday), and since I was already 42.2km into this run, I figured now was as good a time as ever to tack on another 7.8km and accomplish that goal too.

I grabbed some apple sauce and we started running west again along the path. It was…horrible. I had nothing left in my legs and the short stop at the end of the marathon was a big mistake. Miguel was still with me (thankfully) and he ran while I trudged along the path. I walked a bit, ran a bit, walked a bit more and was generally struggling mentally.

Lakeshore was closed to traffic for ActiveTO so we hit the street for this out and back. I actually started considering quitting at this point and sat down on the curb to rest for a few seconds and really think about what I was doing. I had a finger on the stop button of my Garmin and went back and forth with myself for a bit.

If I quit I would either have to run another 50km later in the year to meet my personal goal, or I would DNF on that and regret it forever. I also realized I was not even four hours into the run and I only had thirty minutes left to run. Whether I ran a horrible 30 minutes now or sometime later in the year, I’d still have to run it.

I told Miguel, “Let’s go. I’m going to finish it.” So we set off running again. That marked a change in approach to the last 5km. I wasn’t going to consider anything other than finishing it.

I actually ran fairly well after that with some walk breaks. I ran from Coxwell over to Leslie and we made the turn to run south to the entrance to the Spit again. At the turnaround, I had just over 3km to run and I knew that sub-4:30 was doable if I could hold the pace.

It wasn’t easy, but I did a run-walk combo, planning starting spots and goals to run to. With about 900m left, I resolved to run it in. I ended up finishing the 50km at the tennis courts in the Beach and stopped the watch with a huge PB of 4:28:32. That was just shy of 50 minutes better than my last Niagara Ultra 50km run.

I learned a few things about myself today.

First, I learned that running daily and running high mileage works wonders for my marathon time. I worried a bit that I would suffer from not having tapered (I ran 24km last Sunday) and I’m still battling shin splints on my left shin that I was concerned would flare up. Neither were an issue over the last half of the run.

Second, I learned not to quit. It would have been so easy to stop and give up on the 50km goal. There was nothing to gain there other than meeting a personal goal. There was no race, no medal. It was literally just something I decided I wanted to do this year. Not quitting and finishing it up, even though it was rough, was probably the most important part of all this.

Third, I learned again that a good support group helps immensely on these kinds of challenges. Having Miguel along for 30km and Quin for 7km was great. Having Ginny and Mackenzie out at a bunch of spots along the way to fuel and cheer was awesome. There is no way I could have done that solo.

All in all, that was an epic day and my best ever run. It reminded me why I run long distances and rekindled the love of the marathon distance that I had back when I ran Ottawa back in 2015. On a good day, the marathon will leave you feeling like a hero. On a bad day, it’ll suck the life out of you. It’s been a long time since I ran a good one and today was the best one ever.