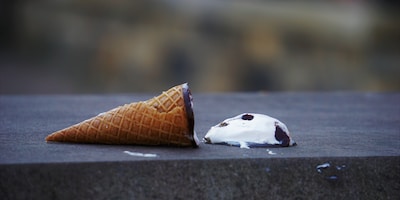 Over the last few days I’ve been watching a lot of YouTube reviews and comparisons just to be sure about my decision to buy the Insta360 One X2. I wanted the 360º camera because of the flexibility it offered in terms of just holding it and not being concerned about framing, but that flexibility comes with some significant trade-offs.

The biggest downside of 360º cameras turns out to be durability. I saw countless stories and photos from people that had destroyed their Insta360 cameras. In fact, a good friend of mine ruined his Insta360 One on a run with our group a couple of years ago when he tripped on a curb and smashed the camera into the sidewalk.

The twin fish-eye lenses on the Insta360 series of cameras stick out and are quite vulnerable. Even something like placing it down on a table or into a bag can cause lens damage. Dropping it just once on pavement would likely scratch or shatter one of the lenses and the only way to get it repaired is to pack it up and send it back to China.

I started looking into the GoPro Hero line of cameras instead. GoPro has a 360º camera that is similar to the One X2 that’s called the GoPro Max, but it comes with the same trade-off in terms of durability. Those unprotected fish-eye lenses are just asking to be scratched (or worse).

A GoPro Hero 9 was the next option I considered. It has a big touch screen on the back and a second, smaller selfie screen on the front as well. That’s handy to frame things up when shooting vlogs, for example. It shoots 5k video with a 20MP sensor which is higher quality compared to the Insta360 One X2, and it will shoot up to 240fps for super slow mo footage as well.

Add in the HyperSmooth 3.0 stabilization and it was starting to look like the best option for me to shoot footage while running. Then I started reading about the Max Lens Mod. The Hero 9 has a removable lens cover that allows for easy replacement in the event of damage, but also enables the addition of the Max Lens Mod which is a wide angle lens that brings a few amazing additional features to the camera as well.

The Max HyperSmooth stabilization of the Hero 9 with the Max Lens Mod results in super good, impressively stable video even when running with the camera on a selfie stick, helmet or chest mount.

It was the Max SuperView feature that pushed the GoPro to the top for me. Adding the Max Lens Mod provides a 155º field of view combined with horizon leveling that means no matter what position the camera is in, the horizon is kept perfectly level. It’s pretty crazy what this feature does. Check it out.

As one reviewer said, the GoPro Hero 9 with the Max Lens Mod takes the regular Hero 9 and puts it closer to a 360º camera. For my use, from what I’ve seen, it’s close enough that I’ll be able to get the shots I want but I won’t have to trade off image quality and, most importantly, durability. A damaged lens is a $100 fix to buy a new one rather than a costly repair involving shipping to and from China.

Oh, and there’s TimeWarp 3.0 as well which looks pretty wild.

Here’s a review of the features specific to running, along with some of the pros and cons.

We’ll see if this is the perfect camera for me. I feel way more comfortable with the GoPro purchase and the fact it was $80 less even when ordering from the US GoPro site and paying shipping and duties is a bonus. I’m stoked to get it and start making some running vlogs and videos.