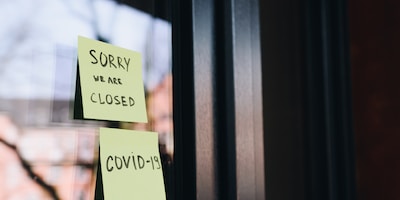 I’ve got a shoe problem. It’s not an “I have too many shoes” problem like some runners suffer from. Rather, I have what I thought were one good pair of shoes and it turns out that they are causing me foot issues.

I’ve run in New Balance 860s for many years starting back with the V4. There have been a few iterations I didn’t like, most notably was the V10, but generally they’ve been a really good shoe for me. I’ve probably had a dozen pairs now over the years.

Last year when the COVID-19 pandemic hit, I bought four pairs of 860 V9s (size 13, D width) while they were still available. My thinking was that I might not be able to get out to buy new shoes for a while and I knew the V9 worked well for me.

Last week I retired the third pair and started wearing my last pair of V9s which was a little concerning to me because I didn’t know what I would be doing after these ones were done and there was no way I was going to be able to get through all 1,600km of the GVRAT virtual race this summer on this pair.

The trouble started on Monday when I felt some irritation on the outside top of my left foot by where the little toe knuckle joins up with the longer bones of my foot. I’ve had similar issues with this before and the cause was usually over-tight laces and something in the shoe that rubbed or pressured that area. I suspect I have a minor case of what’s called a Tailor’s bunion that’s getting irritated by ill-fitting shoes.

The 860 V9 has a rubbery seam right there and while it hasn’t been an issue in the previous few pairs, this pair seems to cause that pressure and irritation. Such is life with running shoes which often differ a little bit between pairs as they are made by different people and sometimes in different factories.

I switched back to my previous pair which have over 1,700km on them to see if that would solve the problem, and it did. That’s good in that I’ve identified that it’s the shoe causing the issue, but it’s bad because I don’t have a good option to go to here and the old shoes were retired for a reason. They are way past the end of their mileage and don’t offer the cushion anymore.

I Need a Plan

What to do? I tried a few pairs on today at the Running Room and didn’t find anything that was good. The 860 V11 was decent but not great. I tried some Brooks Adrenaline as well, but they felt too narrow. That’s literally all they had at my local Running Room in size 13. Seriously.

My thinking is that I need to move up to a wider width. I’ve used E width shoes in the past and they work well for me. The downside is that they are often hard to find. The Running Room especially is absolutely terrible for stocking shoes in big sizes and wide widths. There’s basically nothing in store and little available online.

I guess the next step is to head out to the New Balance store and to try on some 860 or 880 E width to see if I can find a good pair. In the meantime I’ll soldier on with the old pair for another week while I get sorted out.

It’s a frustrating place to be considering I thought I had a good pair waiting in the wings just a few weeks back.